文章
同行者之歌 > No Make Up Selfie For Cancer Awareness

No Make Up Selfie For Cancer Awareness

No Make-up Selfies have been dominating social networking sites like Facebook and Twitter and it possibly all began from the living room of an 18-year-old from Norton, Stoke-on-Trent.

Fiona Cunningham had the idea of creating the Facebook page after being inspired by the response to American actress Kim Novak who attended the Oscars bare faced.

The mum of one saw an opportunity to capture people’s imaginations and use it benefit charity: “After seeing nothing similar on Facebook or Twitter, I thought there was something in it that it could raise awareness of cancer and how girls do not need to wear make-up.”

Fiona, an Open University student, set up the page, Official No Make-up Selfie For Cancer Awareness , at around 1pm on Tuesday 18th March 2014 and by that evening the page had over 1000 messages and when she woke up the next day, it had over 20,000 likes! 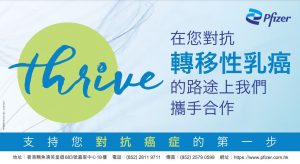