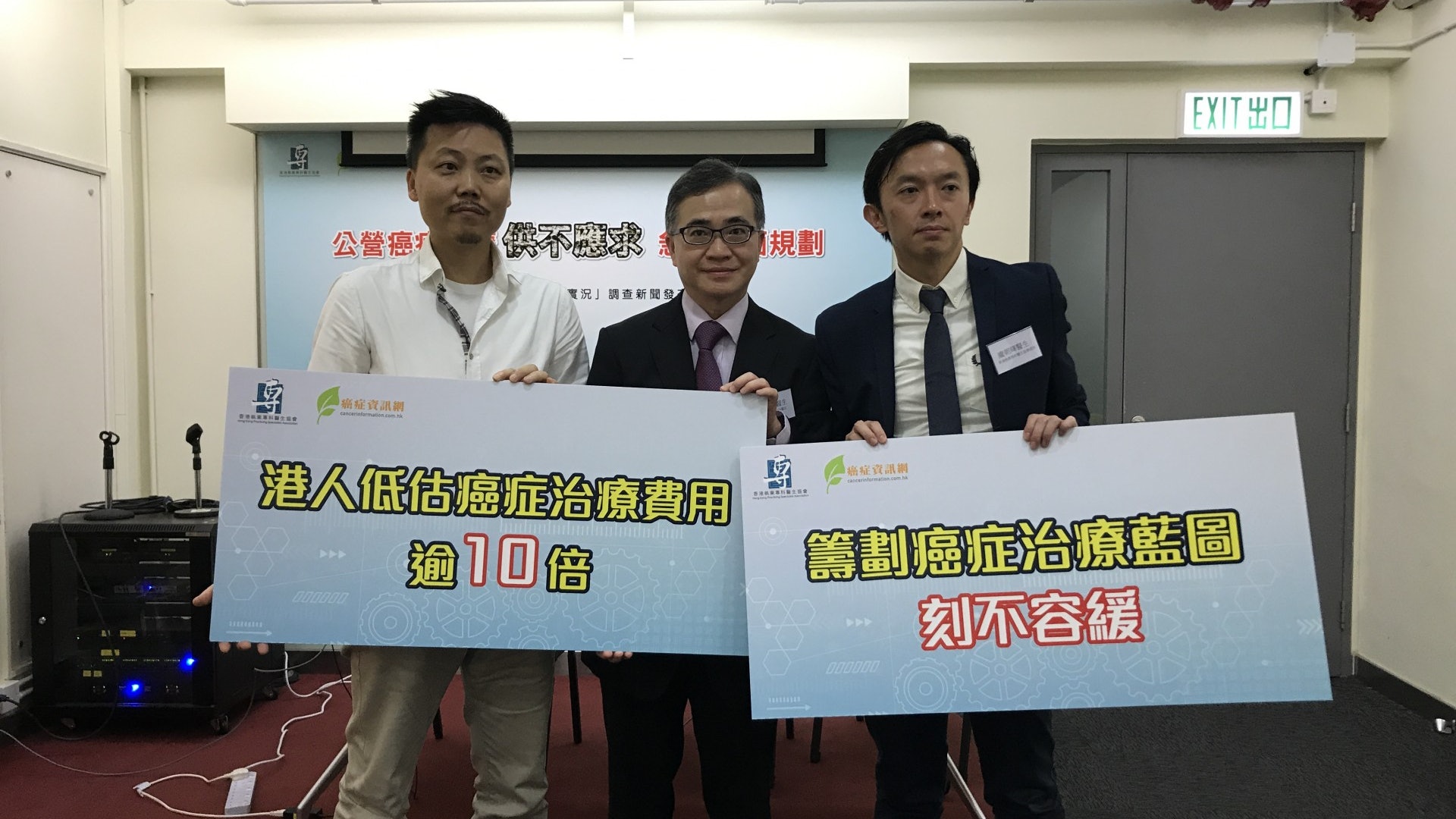 Hongkongers lack awareness of the full cost of getting cancer treatment, according to a survey.

The Cancer Information Hong Kong Charity Foundation interviewed 500 people and asked them how much they thought would be the overall cost of terminal stage colorectal cancer treatment.

The respondents expected the cost of treatment in the vicinity of HK$60,000 on average at public hospitals.

But the actual cost could exceed HK$270,000 and the amount still doesn’t include target therapy and immunotherapy since the Hospital Authority does not offer these services for free.

Alan Ng Wai-lun, the foundation’s chairman, said more than half of the survey respondents have revealed that they were not setting aside any funds for cancer treatments.

Among the poll respondents, 57 percent said they have prepared for cancer by setting up savings. The rest said they would rely on medical insurance, the Mandatory Provident Fund and financial investments.

Asked what they would do if their insurance cover fails to pay for the costs of cancer treatment, 69 percent of the respondents said they would opt for cheaper public hospital services, and 11 percent said they would sell their apartments to raise funds.

The foundation also surveyed 100 cancer patients and 56 percent of the respondents said they had heard stories about fellow cancer sufferers forced to terminate treatments as they could no longer afford them.

Under the Voluntary Healthcare Insurance Scheme, which will be launched next year, cancer patients can claim a maximum of HK$80,000 for therapies.

“There are only around 100 clinical oncology specialists under the Hospital Authority and the doctor-patient ratio is one to 2,172,” he said.