文章
醫療新知 > Coca-Cola May Soon Be Used In Cancer Medication?

Coca-Cola May Soon Be Used In Cancer Medication?

Coca-Cola may play an important role in the absorption of a lung cancer medication, as claimed by some scientists from Erasmus MC Cancer Institute in Rotterdam, the Netherlands.

Coca-Cola Classic, to be precise, is being seen as the acidic beverage that could help create the ideal environment in the stomach for the lung cancer drug Tarceva (erlotinib) to be more effectively absorbed.

According to the Dutch scientists, the absorption and effectiveness of Tarceva is reliant on the pH levels in the stomach. However, certain proton pump inhibitors (PPIs) that are prescribed with the cancer drug tend to raise the pH in the stomach to high alkalinity.

The raised alkalinity lowers the absorption of Tarceva by almost 61% eventually cutting down its effectiveness.

Researcher  Dr. Roelof van Leeuwen, says that he wondered if the pH could be reversed and environment in stomach made more conducive by taking Tarceva with the cola beverage as the latter is acidic.

As part of his study, he observed the effect of the combination on 28 volunteers and found that the patients taking Nexium (a PPI) with Tarceva when administered the dose along with Coca-Cola Classic in a set order, could absorb the medication better.

“Cola intake led to a clinically relevant and statistically significant increase” in Tarceva absorption, said the research team in the online Journal of Clinical Oncology.

The researchers are of the opinion that drinking half-a-can of Cola while taking Tarceva could improve the effectiveness of the medication.

“Unfortunately, many patients requiring Tarceva also need proton pump inhibitors to decrease stomach acidity caused by gastritis” — an irritation of the stomach lining — or by the drugs they are taking, such as certain painkillers, said Dr. Alan Mensch of Northwell Health’s Plainview Hospital, in Plainview, N.Y.

“The result is less stomach acid and less absorption of Tarceva, making the drug less effective in treating the cancer,” he explained.

The scientists explained that Coca-Cola was a choice because it was the most acidic of the beverages. Besides, the patients too felt that 250 ml of the beverage was well-tolerated.

The research may open up new arenas of effectiveness of cancer drugs in other cancers as well. 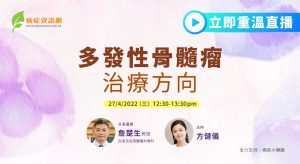