Scientists say they have discovered a genetic clue to why some breast cancers relapse, which could lead to better treatment.

A research team from the Wellcome Trust Sanger Institute in Cambridge found that cancers that return were more likely to contain certain genes or combinations of genes.

Targeting these genes with early treatments could be key, they said.

The study is being presented at the European Cancer Congress in Vienna.

In around one in five people with breast cancer, the disease will return – either to the same place as the original tumour or another part of the body.

Dr Lucy Yates, clinical research oncologist from the Sanger Institute in Cambridge, and her colleagues analysed data from the tumours of 1,000 breast cancer patients including 161 people whose cancer had recurred or spread.

When comparing primary and secondary tumours, they found noticeable genetic differences and several of the mutations present in the secondary cancers were relatively uncommon in cancers diagnosed for the first time.

Dr Yates said the patterns they found suggested that the complement of cancer genes in some primary cancers may make them more likely to relapse in the future, while additional cancer genes acquired after diagnosis may drive the cancer relapse.

She said doctors might be able to use this knowledge to identify patients at high risk of their cancer returning and pick the best treatment for targeting particular genetic mutations.

This would mean taking regular samples of cancer tissue to track how the disease is progressing and changing.

Dr Yates said: "Further work is needed to validate these findings in much larger datasets, but we hope that in the future it will be possible at the point of diagnosis to look at the cancer genes in an individual's cancer and determine whether it is likely to return in the future and, if so, to select a personalised therapy to prevent that event."

Prof Peter Naredi, scientific co-chair of the congress, said the results of the research were "very important in the era of precision medicine".

He said: "This study underlines the fact that we should consider a recurrence of a cancer as a new event and carefully select the right treatment for the recurrent tumour as opposed to just relying on information from the first occurrence."

Dr Jorge Reis-Filho, from the Memorial Sloan Kettering Cancer Centre in New York, said the study demonstrated "the importance of analysing the genetic features of metastases when making treatment decisions". 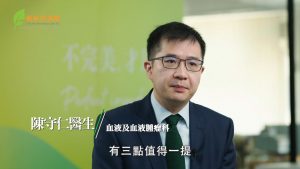